About half the country’s state highway agencies already use 3D engineered models to more effectively connect a project’s design and construction phases, and some have made it a mainstream practice.

The Michigan Department of Transportation, for example, increased its use of 3D models nearly 50 percent in 2014. The agency collaborated with transportation stakeholders to develop 3D design model requirements and published them in its Development Guide. The 3D model information has been used on 15 projects to perform quality assurance.

The Florida Department of Transportation designed 34 projects with 3D data. It plans to provide the data to contractors who use 3D modeling and automated machine guidance on the projects. The agency used automated machine guidance with 3D models on part of the Orlando-Orange County Expressway project, cutting the amount of asphalt needed from 8,200 to 2,500 tons and saving $350,000.

Knox County, Illinois, used GPS and 3D modeling to eliminate the need for grading stakes and real-time surveying on projects, trimming the time it takes equipment operators to complete the grading process. Using the technology on the County Highway 4 project saved 20 percent on time and $50,000 to $100,000 on the cost of the cut-and-fill work.

U.S. 89 near Page, Arizona, is open to traffic for the first time since a February 2013 landslide damaged the roadway, requiring a 23-mile closure between Page and nearby communities. The Arizona Department of Transportation used the construction manager-at-risk contracting method, also called construction manager/general contractor, to remove a million cubic yards of rock to realign a 1,500-foot section of the roadway and build a rock buttress at the base of the Echo Cliffs to stabilize the area. School buses were the first vehicles on the newly rebuilt road.

The final three pontoons for the new State Route 520 floating bridge have arrived on Lake Washington, bringing the total number on the lake to the 77 needed for the Washington State Department of Transportation design-build project. The pontoons arrived April 9 after a Pacific Ocean tow from the casting facility in Grays Harbor. Linking Seattle to Medina, the new bridge is designed to resist stronger windstorms than the existing bridge. It’s scheduled to open in spring 2016.

EDC-3 the Talk of Spring Conferences

Every Day Counts is on the agenda at spring conferences for transportation stakeholders. The Nevada Transportation Conference in Reno included sessions on EDC-3 technologies and practices. And EDC was among the federal initiatives FHWA staff discussed at the Annual Small Business Industry Day in Chicago, Illinois, sponsored by the Society of American Military Engineers. FHWA speakers also covered the Grow America proposal and TIGER grant program.

Watch FHWA’s new video on stakeholder partnering, which helps local, state and federal stakeholders collaborate to improve the Federal-Aid Highway Program delivery process on local projects. FHWA is encouraging the formation of stakeholder partnerships during EDC-3. The video is the latest addition to Federal-Aid Essentials, an online library of informational videos for local agencies. 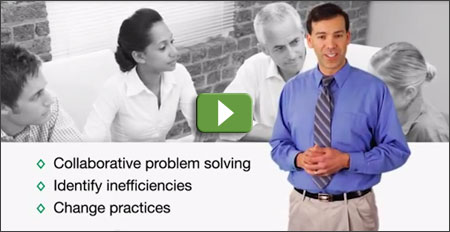