Asset Recycling is a value capture mechanism where public entities derive revenue to invest in new transportation infrastructure by leasing existing toll highway facilities to private sector investors. Given that existing toll facilities have a proven revenue generation history, investing in asset recycling projects is attractive to private investors because it offers a stable return and far less risk than investing in new toll facilities. In addition to generating new revenue in the form of lease payments, asset recycling also enable project sponsors to transfer the ongoing maintenance and operating costs to the private sector. In many cases, asset recycling projects also require private sector investors to make capital improvements or expand the capacity of the leased facilities. While asset recycling does not involve increasing public debt, it does require that sponsoring agencies cede all or a portion of the revenue generated by recycled toll facilities for the duration of the lease period.

Asset Recycling has been used extensively in Australia, where the national government established a AU$5 billion incentive program in 2013. The Australian program provides state governments with an additional 15 percent in national funding of the capital raised from recycled assets. Between 2013 and 2016, a total of AU$15 billion was raised in Australia from recycling existing transportation power generation assets. The state of New South Wales also created Infrastructure NSW to act as an independent body in overseeing the asset recycling process. Infrastructure NSW has funded three new highway projects using revenue generated by its asset recycling program: Newell Highway, a AU$78.8 million 28-kilometer facility in an important freight corridor; a 9.8-kilometer AU$52.5 million extension of Princes' Highway, and the 12-kilometer AU$30.4 million New England Highway bypass route.

To help support the use of asset recycling in the United States, the administration's infrastructure plan call for allowing private companies to use private activity bonds (PABs) to raise funding to make lease payments for recycled assets, providing access to tax-exempt debt asset recycling. This may provide the impetus to launch new asset recycling projects in the U.S. 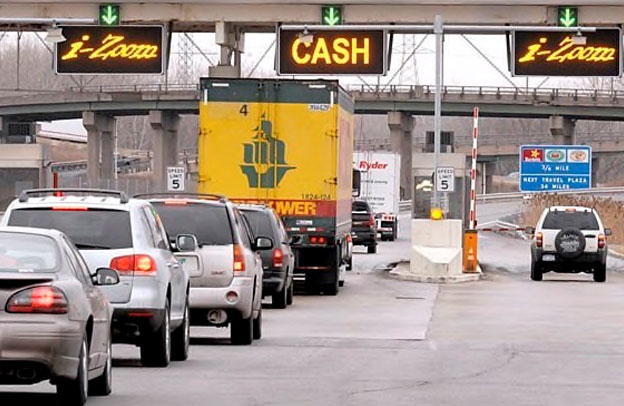 In 2005, the Indiana Finance Authority (IFA) issued a procurement for the lease of the Indiana Toll Road, a 157-mile section of I-90 extending across northern Indiana from Ohio to Illinois, where it provides onward connections to the city of Chicago. The 75-year lease concession was awarded to Indiana Toll Road Concession Company, LLC (ITRCC), an even partnership between Cintra of Spain and Macquarie of Australia, in exchange for a payment of $3.8 billion. ITRCC formally assumed operational responsibility for the Indiana Toll Road in June 2006.

As part of the concession, ITRCC pledged to spend $200 million on capital improvements to the Toll Road during the first three years of the lease and approximately $4.4 billion over the life of the concession. By leasing the facility, the state was able to retire $225 million in debt. It allocated the remainder of the lease proceeds to fund infrastructure projects throughout the state included in the Major Moves program, a 10-year, $10.8 billion program to improve and expand Indiana's highway infrastructure.

In March 2015 IFA awarded a new $5.725 billion, 66-year lease concession to IFM Investors following the 2014 bankruptcy of ITRCC. Nearly all of the proceeds were used to compensate creditors holding ITRCC's debt. IFM Investors plans to invest $260 million in capital improvements over the first five years of the concession to address deteriorating pavement, bridges, and travel plazas. 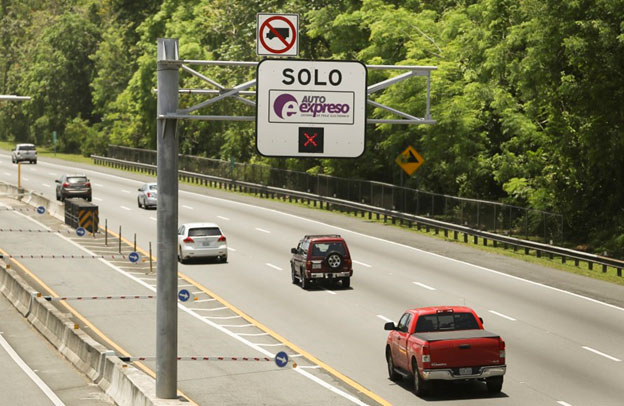 In 2011, the Puerto Rico Public-Private Partnerships Authority and the Puerto Rico Highways and Transportation authority awarded a 40-year lease for the PR-22 and PR-5 toll highways to Autopistas Metropolitanas de Puerto Rico, LLC, a partnership between Goldman Sachs Infrastructure Partners and Albertis Infraestructuras. In addition to making AU$1.080 billion lease payment, the concessionaire was also responsible for completing $356 million in upgrade and safety improvements to the highways, $56 million of which was spent in the first three years on "accelerated safety improvements." Toll revenues were to be shared equally by the Government of Puerto Rico and the concessionaire throughout the lease period. The Government of Puerto Rico used roughly 90 percent of the lease payment to defease $902 million in outstanding tax-exempt toll-revenue debt.

PR-22 (also known as the Jose de Diego Expressway) is a 52-mile, 4- and 6-lane toll highway that stretches westward from San Juan to Arecibo along Puerto Rico's northern coast. The road was constructed over a period of 10 years beginning in 1971 and is the island's most heavily traveled. PR-5 (Rio Hondo Expressway) is a 2.5-mile eastward extension of PR-22 to Puerto Rico's second most populous city (Bayamon) that opened in 2006.

In August 2013, the concessionaire opened two 10-kilometer, reversible dynamic toll lanes on PR 22 between San Juan and Toa Baja to automobiles during rush hours. Tolls vary by level of traffic congestion. In 2016 the Government of Puerto Rico extended the lease concession by 10 years in exchange for an additional $115 million payment from the concessionaire. The Concessionaire's revenue share was also increased from 50% to 75% of future toll revenues