Development Impact Fees are one-time charges levied by local governments on new development. They are charged to developers to help municipalities recover growth-related infrastructure and public service costs. They differ from other forms of value capture including special assessments and negotiated exactions, in that impact fees can be used to pay for off-site services such as local roads, schools, or parks. Development impact fees are typically determined through a formulaic process, rather than through negotiations as done for developer contributions. Development impact fees are used by local governments throughout the United States to fund transportation improvements.1 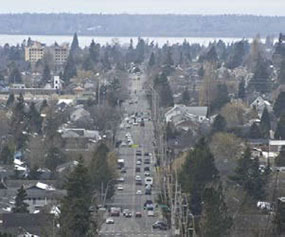 There are two common methods for calculating the impact fees for infrastructure improvements.2 The inductive method involves identifying the capacity and cost capacity of a generic facility, such as a road or fire house, and then uses those figures to calculate the cost of expanding infrastructure capacity as it is needed as new development takes place. With roads, for example, additional lane capacity would need to be added as certain population or square footage and land use thresholds are reached, with the new development paying its pro-rata share of the additional infrastructure.

The deductive method calculates the impact fee in a more tailored fashion. It determines the additional demand that population growth and/or new commercial and industrial development will place on infrastructure systems based on the amount and type of development that is specified in master plans, or facility pans for the development in question. Independent engineering analysis is done to determine what new infrastructure systems are needed and the costs are then distributed across the base of undeveloped property. The impact fees calculated by deductive method reflect the specific costs of the infrastructure to be developed and are based on local geography and required levels of service. For this reason the deductive impact fee calculation method requires much more detailed informational inputs compared to the inductive method. 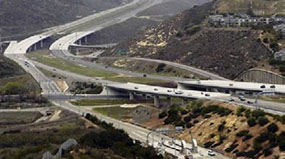 Development impact fees are used throughout the United States, particularly in regions with high demographic growth rates. They began to be widely used in the 1970s and 1980s. They are most prevalent in places with resistance to using general revenue sources to pay for growth-related costs. The legal foundation for impact fees, as well as negotiated exactions, rests on the "rational nexus" test. This involves demonstrating that amount of the impact fee is commensurate with the new infrastructure provided by the fee. There must be a rational link between the new services and the fees the new developers are being asked to pay.

Once impact fees are collected, they should be spent in a timely fashion on the new infrastructure improvements. Impact fees are often combined with other revenue sources to implement improvements, but by law they cannot generate excess revenue above and beyond their apportioned cost of the improvements they fund.

Development impact fees levied on developers of residential and commercial properties are used to supplement toll revenues for debt service payments. In 1987, California Senate Bill 1413 was passed providing the Transportation Corridor Agencies (TCA) the authority to construct toll facilities and to issue non-recourse bonds for their construction backed by future toll revenues and development impact fees. Construction of the $3.2 billion system extended from 1993 through 1998.

The TCA charges developers of residential and commercial properties a one-time development fee, contributing towards the construction costs of the transportation facilities. Residential developments are charged a flat fee per unit, while commercial developments are charged per square foot of new buildings. Residential fees are dependent on several factors including fee zone (two zones for SJHTC and F/ETC each based on proximity to the roadways) and the nature of housing (single family vs. multifamily). The fee rate schedule increases each year on July 1st by 2.667% for SJHTCA and 2.206% for F/ETCA.

The development fees were crucial in providing seed capital for the early stages of the roads, especially during the environmental review and design periods. The development fees were successful due to the high level of new development in Orange County in the 1990s and through the mid-2000s. Although revenues from development fees dropped with the 2008 recession, local officials have worked to maintain the fees, allowing developers to pay the fee upon the completion of the project rather than making it contingent on the issuance of a building permit.

Chapter 395 of the Texas Local Government Code describes the procedure that cities in Texas must follow in order to implement impact fees. It defines an impact fee as, "A charge or assessment imposed by a political subdivision against new development in order to generate revenue for funding or recouping the costs of capital improvements or facility expansions necessitated by and attributable to the new development."

State law mandates that municipalities review impact fee rates and programs every five years. In April 2013 as a result of such a review, the Fort Worth City Council approved an increase in the transportation impact fee on new single-family homes from $2,000 to $3,000. At Fort Worth's current growth rate, nearly six miles of new arterial roads are needed annually in order to serve new developments. The increased impact fee will provide funding for approximately 1.5 miles of arterial roads per year.3 The City assesses the transportation impact fee at the time final plats are approved, but the fee is not collected until a building permit is issued. 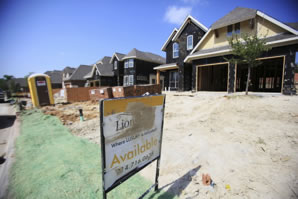 1 Noncompliance with the Uniform Relocation Assistance and Real Property Acquisition Policies Act of 1970, as amended and its implementing regulations in 49 CFR Part 24 can jeopardize federal funding.
2 http://www.impactfees.com/publications%20pdf/impact_fees-Practical_Guide[1].pdf
3 http://blogs.star-telegram.com/politex/2013/02/fort-worth-city-council-raises-transportation-impact-fees.html
4 http://fortworthtexas.gov/

Impact fees differ from other forms of value capture because they can be used to pay for off-site services such as local roads, schools, or parks.

Development impact fees are determined according to a formulaic process.

Impact fees must meet the requirements of a rational nexus test that demonstrates a link between the costs imposed by the fee and the services provided as a result of the fee.