The Land Value tax is a levy on the value of unimproved land. It disregards the value of buildings and shifts the basis of property taxes to the assessed value of land and away from that of the improvements on it. The land value tax has also been referred to as an annual charge on the rental value of land. It may be thought of as a payment for the benefits received from municipal improvements such as the street and sewer systems, parks, and schools. The 19th century American writer and political economist Henry George was a proponent of the land value tax and believed that when the locational value of land was improved by public works, the "economic rent" of the land was the most logical source of public revenue.1 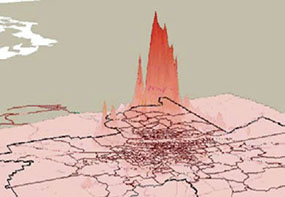 The land value tax is intended to encourage development.

A Tool to Encourage Development

The land value tax is levied on land only and not on any improvements on it such as buildings, drainage, agricultural crops, or other works. If there were a vacant parcel in a row of homes, all the properties would be taxed at the same rate including the vacant lot. Land valuations are based on optimum use of the land within existing planning regulations. If properties are rezoned, then they should be reassessed to reflect the type of development the change allows. Unlike property tax rolls which increase as new construction and development takes place, the tax base does not grow with the land value tax. Therefore, regular reassessments are essential with the land value tax if municipalities need additional tax proceeds.

Altoona, a city of 46,300 in central Pennsylvania.

Altoona, a city of 46,300 in central Pennsylvania, is the only municipality in the United States that relies completely on land value taxes. The land value task was adopted in 2002 and was phased in over an eight-year period. The city experienced a decline of its rail-based economy as a hub between Philadelphia and Pittsburg in the mid-20th century, but local employment levels began to rebound in the 1990s. Local leaders have adopted the land value tax as part of a strategy to engender a more diverse and stable local economy. In its first year, the tax was levied on 20 percent of assessed land values and the corresponding rate on buildings was reduced to 80 percent. The land value tax rate was increased by 10 percent per year while building taxes were reduced by 10 percent annually until 2011, when there was a 100 percent tax on land and 0 percent on buildings.

The assessed value of all land in Altoona is one-seventh that of the assessed value of land and buildings combined.2 As a result, the city has increased it tax rate by a factor of seven in order to generate the same amount of revenue. Taxes are reduced for property owners whose land represents less than one-seventh of their total assessed value. Conversely, those for whom land values represent more than one-seventh of their total assessed value have seen their taxes increase. Taxes on approximately 72 percent of all residential property parcels have been reduced. Increases have been the most dramatic for those who own vacant or under developed parcels. Taxes on agricultural land have not been changed under the new land value tax regime.

The intent of the land value tax has been to incentivize owners of vacant land to develop those parcels or sell them to others that will. It is also hoped that home owners who had let their property deteriorate before in order not to incur higher taxes would also be incentivized to make improvements to homes and commercial buildings. Before the land value tax was introduced in 2002, 84 percent of the property tax collected in Altoona was levied on buildings; since 2011 the tax on buildings has been entirely eliminated. Given land in Altoona is a fixed resource, unlike improvements on the land which increase as development occurs over time, the only way that they city can increase its tax revenues under the new tax regime is by increasing the assessed value of land. Current land value assessments are based on frontage and location, with per-foot values decreasing the farther a property is from downtown Altoona.

The effects of the land value tax are not clear at this juncture. The Center for the Study of Economics reports that median incomes in Altoona increased by 19 percent from 2000 to 2010, which is much higher than the U.S. median income which rose only 4.2 percent over the same period.3 Vacancy rates are also above the national average with 10.8 percent of housing units in Altoona vacant in 2011 compared to 12 percent nationally.4 Land values have also increased 25 percent between 2002 and 2010, while building values have increased 21 percent creating a total gain of 22 percent in property values.5 Although these figures are healthy, they cannot be attributed to the land value tax. The Altoona Mirror quotes the executive director of the Greater Altoona Economic Development Corporation as saying that he "can't point to any particular example of the land value tax influencing a development decision." When asked if the land value tax had accelerated construction projects, his response was, "I don't know. Maybe."6 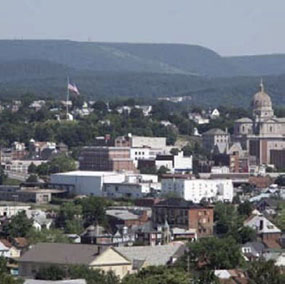 The land value tax is a levy on the value of unimproved land that shifts the basis of property taxes away from buildings and improvements to the assessed value of land they are located on.

The land value tax is well suited to cities where there is a need to build new infill projects but where high taxes on improvements discourage new development.

The intent of the land value tax is to incentivize owners of vacant land to develop those parcels or sell them to others that will.

The land value tax is a payment for the benefits received from the transportation system and municipal investment in other infrastructure.