Special assessments are a form of value capture. They involve assessing incremental property taxes on land and buildings deriving direct benefits as a result of a transportation improvement. The tax levied typically represents a portion of the estimated benefit to the properties located with a designated zone in close proximity to the improvement. Special assessments - also known as benefit assessments or special taxes - are one of the most prominent forms of value capture in the United States. Legally, special assessments are a form of remuneration that a public agency may require from property owners to provide revenue to fund a public project which creates benefits for properties within a designated assessment district. In addition to transportation improvements, special assessments may also be used in other sectors, including water and waste water. 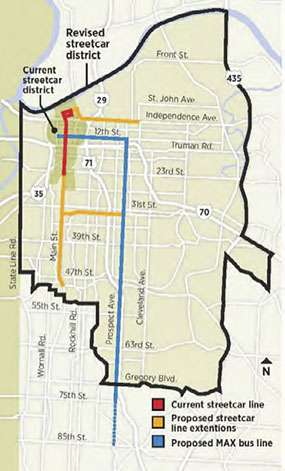 Special assessments are authorized in all 50 States either under explicit enabling legislation or by State constitutional provisions. In addition, the establishment of special assessment districts requires some type of landowner or voter approval.

Property owners within the district are assessed a portion of the benefit accruing to their property as a result of the improvement. The special benefit can be determined in a variety of ways ranging from the anticipated increase in property value; the size of a property owner's frontage or acreage; or the proximity of the property to an improvement. Property owners either pay the assessment immediately, or allow a lien to be placed on their property and repay the assessment over a prescribed timeframe, typically ten or twenty years. Most often, the special assessment is collected at concurrently with owners' property tax payments.

The major limitation on the use of special assessments is that they must finance improvements that provide local benefits within the assessment zone. They cannot be used to fund improvements that benefit the larger community. This poses challenges when using special districts to finance transportation improvements because the transportation system is an open system, making it difficult to establish a district that includes all those who benefit from a road or rail line, while excluding those who do not. For this reason, special assessments are more likely to be used on closed systems, such as water and sewer improvements.

Special assessment districts for transportation improvements are often larger than those for other kinds of improvements, because the benefits of transportation projects typically accrue across a broader geographical base. Many States have passed new enabling legislation that allows special districts to be used to finance a broader range of facilities than in the past. These districts are known by such names as improvement districts, road districts, metropolitan districts, and building authorities. In most cases, the districts serve the same general purpose as the traditional special assessment district, but they often are not limited to the use of assessments on property, and may also levy footage charges or acreage fees.

The South Lake Union (SLU) Streetcar project is a 2.6-mile streetcar line connecting the South Lake Union neighborhood with Downtown Seattle, Washington. The project includes three rail cars, the installation of tracks, signals, 11 stops, and construction of a maintenance facility. The SLU Streetcar garnered strong political and financial support from local businesses and property owners who agreed to establish a special property tax levy through the formation of a local improvement district that funded approximately 47 percent ($25 million) of the $53.5 million project cost. The improvement district was approved by 98 percent of district property owners. Property tax rates ranged from 8 percent for parcels located directly near the alignment to 1 percent for parcels located along the outer boundary of the LID. Service on the SLU Streetcar began in 2007.

In 2002, Clark Construction Group and its subsidiary, Shirley Contracting Company LLC, joined in a Public-Private Partnership (P3) with VDOT to replace six at-grade signalized intersections with grade-separated interchanges, with ultimate plans for the construction of ten total interchanges and the widening the 14-mile corridor to eight lanes. In 2006, following the completion of six interchanges, VDOT awarded the Clark/Shirley Team a contract to construct four interchanges, which were completed by the end of 2009. Six additional interchange and roadway improvements have since been awarded and are anticipated to be complete by 2016.

Special assessments can only be used to fund local improvements which provide benefits within the designated assessment zone.

The special assessment is only charged to those properties that receive a "special benefit" from the improvement.

The amount of the charge bears a direct relationship to the value of the benefits the property receives.