Tax Increment Financing (TIF) is a value capture revenue tool that uses taxes on future gains in real estate values to pay for new infrastructure improvements. TIFs are authorized by State law in nearly all 50 States and begin with the designation of a geographic area as a TIF district. Plans for specific improvements within the TIF district are developed. The TIF creates funding for public or private projects by borrowing against the future increase in these property-tax revenues. The intent is for the improvement to enhance the value of existing properties and encourage new development in the district. TIF districts are usually established for a period of 20 to 25 years, during which time all incremental real estate tax revenues above the base rate at the time the district is established flow into the TIF. 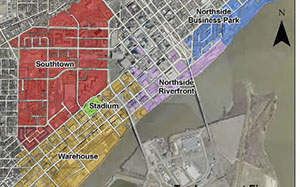 The proceeds from the TIF can be used to repay bonds issued to cover up-front project development costs. Alternatively, they can be used on a pay-as-you-go basis to fund individual projects. In some States, private developers may self-finance infrastructure improvements, with the municipality reimbursing them from the tax increment as tax proceeds are received. In many States, areas must be blighted in order to for TIF districts to be established. The intent is for the TIF to be used to channel funding toward improvements in distressed, underdeveloped, or underutilized areas where development might otherwise not occur.

Thousands of TIF districts have been established around the U.S. in cities of all sizes. The strategy is commonly used by local governments to promote housing, economic development, and redevelopment in established neighborhoods. Although TIF has not been used extensively to fund transportation infrastructure, some State laws specifically authorize the use of TIF for transport purposes. 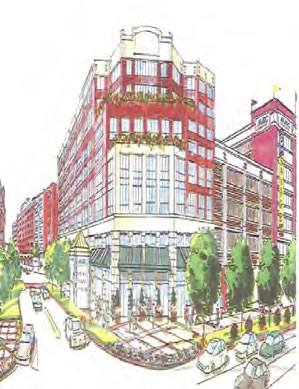 Implementing TIF financing is complicated and involves the creation of a special district and a public agency to administer it. The following steps are involved in the process:

TIF Financing for the Transbay Terminal 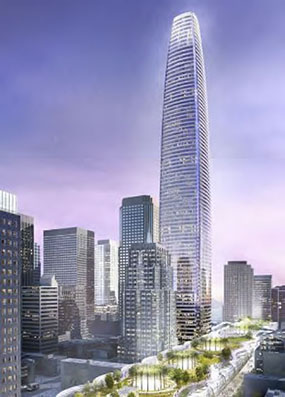 The $4.2 billion Transbay Transit Center in San Francisco is a new multi-modal transportation center that will accommodate nine transportation systems under one roof. In addition to the new terminal, the project will also extend the Caltrain commuter rail line 1.3 miles from its current terminus into downtown San Francisco and also redevelop 40 acres of land to relieve blight and encourage revitalization. Land that is publicly owned will be sold to private developers who will construct 2,600 new homes, parks, and a retail main street. The project area is separated into two zones. Zone 1 includes 12 city-owned blocks that have been rezoned for residential uses. These have been sold to private developers and now generate real estate tax revenues. Zone 2 covers the remainder of the project area including the new Transit Center and is zoned primarily for office space. The new tax revenues generated by the redevelopment are being captured in a TIF that is being used to service debt payments on a $171 million TIFIA loan for the construction of the transit center. This is the first TIFIA loan secured by value capture revenues from real estate taxes on surrounding transit oriented development.

The State of Maryland has an approved master agreement for the development of approximately 12 acres at the Savage MARC commuter rail station in Howard County. The development team, a joint venture of Petrie-Ross, Somerset Construction and OA Partners, will combine an adjoining 6-acre site to create an 18-acre mixed-use development. The project will include approximately 425 apartments; 100,000 square feet of office space; 17,000 square feet of retail space; a hotel; and a 700-space commuter parking garage, financed with TIF funding from Howard County.

TIFs are authorized by State law in nearly all 50 States creates funding for public or private projects by borrowing against the future increases in property-tax revenues.

The improvements supported by TIF revenues enhance the value of existing properties and encourage new development in the district.

Thousands of TIF districts have been established around the U.S. in cities of all sizes.

Although TIFs have not been used extensively to fund transportation infrastructure, some State laws specifically authorize the use of TIF for transport purposes.