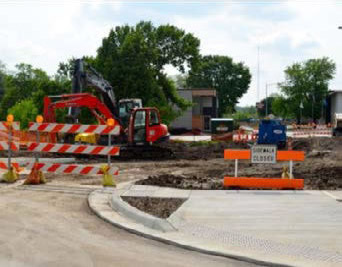 The first transportation utility fees in the United States were implemented in Oregon in the 1980s, and they have been used successfully in cities with small populations in Washington, Idaho, Utah, Colorado, Texas, Missouri, and Florida. The fees are used primarily by local governments to fund roadway maintenance. They are also known as street maintenance fees, road use fees, street utility fees, and pavement maintenance utility fees.

Transportation utility fees differ from other types of impact fees in that they are levied on all property occupants - owners and renters alike - rather than on property owners alone. They are also paid on an ongoing monthly basis like a utility bill and not in annual or quarterly installments the way real estate taxes are collected. Given that use of the transportation system is not metered in the same way as home electricity or sewer utilization, the fee is calculated on estimated trip generation for different on-land uses. Sixteen out of 25 transportation utility fee programs specify the use of trip generation rates prepared by the Institute of Transportation Engineers. 1

Transportation utility fees have faced legal challenges in the United States in terms of whether they should be considered a fee or a tax. The revenue-generating authorities granted to cities by state constitutions vary, but in general, a city's power to tax is much more limited than is its power to charge fees. Taxes often require voter approval; thus, if utility fees are determined to be a tax as a result of a legal challenge, referendum requirements may be triggered. Fees are also collected to compensate the public entity for services rendered rather than for raising revenue. The fees are charged in exchange for a particular governmental service used by the party paying the fee. Fees are voluntary because residents have the option of not utilizing the public service and thereby avoiding the charge. Because transportation fees are levied based on assumed trip levels, some occupants and businesses must pay for trips that were not actually taken. This argument could be interpreted as illegal, because these fees are not voluntary. This issue arose in Austin, TX, where transportation utility fees can be waived if property owners can demonstrate that they do not drive or own a car. There have been four instances in the United States in which legal challenges have led to the removal of transportation utility fees. 2

Oregon City, OR, a city with a population of 32,000 and located 13 miles south of Portland, OR, has a 135-mile street network with a reconstruction value of approximately $1 million per mile. Historically speaking, maintenance needs for the street network have been paid from the state motor fuel tax, but the city's annual pavement maintenance costs far exceeded the shared revenues received from the State Highway Fund. This situation was exacerbated by the expansion of the local street network and continued population growth. After several years of deficits, the City Commission asked the Public Works Department and a citizens' committee on transportation funding to identify a sustainable funding source for street maintenance in 2007. The committee concluded that a pavement maintenance utility fee would be the most equitable and stable source of funding and recommended an annual revenue goal of $1.5 million for the ongoing maintenance of the city's streets. 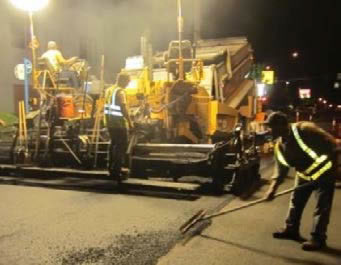 Oregon City adopted the pavement maintenance utility fee on May 21, 2008, with the passage of local Ordinance 08-1007. The pavement maintenance utility fee is collected from residences and businesses within the city limits on a monthly basis and is issued as part of the city's utility bill. Residential customers are charged for maintaining local streets, whereas commercial entities are charged for maintaining arterials. Maintenance of collector streets is equally shared.

The fee was phased in over a 5-year period from 2008 to 2012. Since being fully implemented, the monthly utility fee has been increased by 3 percent per year. Single family residential properties are charged $12.26 per month, whereas multi-family residential units are charged roughly 70 percent of that amount. The fee for the city's 555 non-residential customers is based on the size and type of the development. Five business groups were established based on similar trip generation rates per square feet of gross floor area. Monthly charges for non-residential customers are calculated by multiplying the number of daily trips generated by $0.216.

Transportation utility fees differ from other types of impact fees in that they are levied on all property occupants, not just property owners.

Transportation utility fees are paid on an ongoing monthly basis like a utility bill.

Transportation utility fees have been subjected to legal challenges that they are a tax rather than a fee.