(Opens in a new window)
Center for Innovative Finance Support

Is an assessment a tax? No.
Differences

Why is Special Assessment Needed?

Government Special Assessment Districts By Any Other Name...

Community Improvement Districts By Any Other Name...

What Powers Does the CID Have?

Virginia Route 28 runs through several jurisdictions in Northern Virginia and is a major thoroughfare connecting Virginia residents and employees to various activity centers in the region, as well as to Dulles International Airport, located the Fairfax County and Loudoun County boundary.

Business owners along Route 28 in Fairfax and Loudoun Counties recognized a need for improved transportation infrastructure along the Route 28 segment that traverses their jurisdictions to support planned and projected growth.

Virginia Code allows for the creation of independent taxing districts to support the financing of transportation infrastructure improvements.

Such a district may be formed only upon the joint petition of owners of at least 51 percent of the land area in each county located within the boundaries of the adopted district, and which has been zoned or is used for commercial or industrial purposes.

Route 28 District Commission is comprised of 9 members - four members from each of the Loudoun and Fairfax Boards and the Commonwealth of Virginia's Secretary of Transportation (or his designee).

The Advisory Board and the Commission generally meet annually, though additional meetings can be called if necessary.

Numerous project have been completed within the Tax District, including:

What is a Business Improvement District?

A BID is organized and established by property and business owners to enhance the economic vitality of commercial areas and to provide amenities and services that make the neighborhood a more attractive place to work, to visit, to live and to invest in.

Property owners within a defined geography pay a special assessment, collected by the city but administered by the BID, to provide services and programs that go above and beyond what the city provides.

BIDs have proven to be a successful tool in fostering more vibrant, well-managed, healthier business districts and high-quality neighborhoods.

What Makes a Business Improvement District?

Advantages of the BID Funding Mechanism

Advantages of the BID Governance Model

In 2018, DC BIDs collectively invested over $34 Million to enhance and maintain 11 DC communities and commercial Districts. 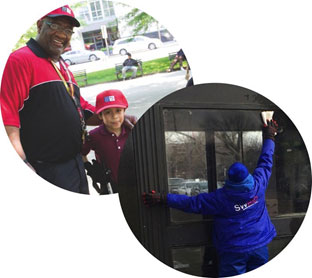 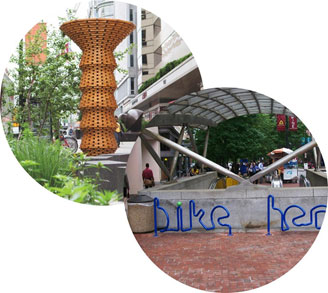 BIDs organize special events, coordinate public art projects, work on transportation planning initiatives, all to enhance their districts and provide the type of amenities that make them more attractive to tenants. 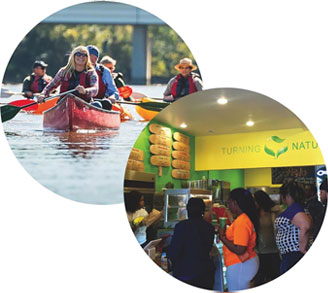 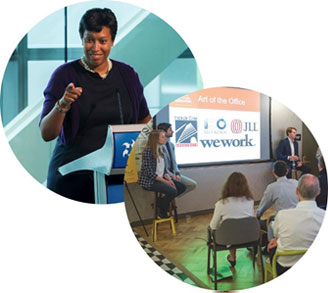 What is the BID Value Proposition

How do you measure it?

Future Cities as a Share of Key Activities in Arlington County

Value Capture: Capitalizing on the Value Created by Transportation

Value capture presents an opportunity to meet funding challenges for transportation projects at a local and State level.

Value capture refers to a set of techniques that take advantage of increases in property values, economic activity, and growth linked to infrastructure investments to help fund current or future improvements.

Developer Contributions include Impact Fees and Negotiated Exactions. They are one-time charges collected by local governments from developers to offset the cost of infrastructure and services necessitated by new development.

Fees include Transportation Utility Fees which are similar to a utility fee and are assessed based on how individual businesses and households use transportation facilities.

Joint Development includes At Grade, Below Grade, and Above Grade (or Air Rights). This is the sale or lease of land or air rights on or adjacent to transportation facilities. This can include donations of land or other in-kind resources from the private sector in ongoing commercial operations.

Concessions include Asset Recycling. This is the sale or lease of government-owned assets - such as toll roads or bridges - to private-sector investors/ operators.

Advertising and Naming Rights are the sale of advertising space or naming rights on a transportation facility. Note: Commercial uses within Interstate Highway System right of way, including rest areas, is prohibited by law; however, they may be allowed on toll facilities and in transit stations.

Value capture returns a portion of land value created by transportation to be used for future investments.

State Of The Practice

A new or improved highway that connects to economic activity will benefit adjacent parcels. Similar parcels without those connections do not increase in value.