Natural disasters have a way of bringing out the best in people. For Eric Lippert, a police officer assigned to the traffic unit in Wilmington, North Carolina during Hurricane Florence, that meant quick thinking and the courage to advocate for an unprecedented idea.

Wilmington Police knew resources would be spread thin as Hurricane Florence approached in 2018. Fortunately, warnings of a category four led about 40 percent of the population of New Hanover County to evacuate before the hurricane made landfall as a category one on Sept. 14. While the catastrophic wind speeds predicted never materialized, the large, slow-moving storm produced record-breaking rainfall. More than 30 inches fell in some locations, and record river flooding occurred as rain continued over the next several days.

With many roads and streets impassable and power outages widespread, authorities urged those who didn’t evacuate to stay home, and most complied. Traffic throughout the city remained light until the storm passed, but residents who did venture out during the day (the city enacted a nighttime curfew) were reminded to treat the dark intersections like four-way stops.

During the briefing the morning after the storm first hit, the Wilmington Police Department assigned eight officers, including Lippert, to direct traffic at South College Road and Oleander Drive, the juncture of the city’s main thoroughfare for northbound/southbound traffic and one of two main thoroughfares for eastbound/westbound traffic. Two rotating teams of four officers were tasked to simultaneously direct traffic until the city restored power to the signals.

Although rotations meant frequent breaks from the wind and rain, officers were still exposed to the elements and there was a significant drain on police resources. Lippert proposed the construction of a temporary roundabout at the intersection. Lippert knew this solution could dramatically reduce manpower and officers could stay dry and out of harm’s way.

While waiting for the official green light from the Traffic Engineering Division and Department of Transportation (DOT), the traffic unit brought 300 traffic cones typically used to set up DWI checkpoints to the intersection. In less than 30 minutes, the cones were in place—each positioned close enough to the next (3 to 4 feet) to prevent a car from driving between. Officers “eyeballed” the center circle for size and, after observing various types of vehicles navigating it, adjusted the circle to allow a full mix of traffic to proceed safely, including cars, buses, and tractor trailers. (At subsequent intersections, after officers determined a rough center radius, the process included an officer standing in the middle holding one end of a rope, while another officer walked around in a circle at the other end, occasionally spray-painting marks on the road to indicate where cones should be placed.)

Officers strategically positioned cones to indicate a right-hand traffic pattern, with only right turns allowed upon entering and at all four corners (Fig. 1, above). With extensive flooding in some of the outer lanes, officers could not create an even path through all sections of the roundabout. Instead, they adapted the design to allow traffic to shift inward in spots and create wide turns into certain lanes.

Once the roundabout was in place, officers began directing each car until the steady rain accelerated into a full-on assault. The sergeant directed officers to wait out the downpour in their cars. Lippert and the others waited—and watched. Would drivers be able to navigate the circle on their own?

With drivers no longer slowing down to receive direction, traffic started flowing more smoothly. City Traffic Engineer Don Bennett quickly created temporary roundabout signs and pop-up stands, and with the signage in place, a single police car flashing blue lights in the center of the circle was all that was necessary to maintain the intersection. Additional officers were released to attend the numerous other priorities a natural disaster brings, enabling the department to use their resources more efficiently across the community.

Lippert enlisted help from the Wrightsville Beach Fire Department, which uses drones for water rescues. With their overhead footage of the successful traffic flow through the roundabout (Fig. 2, below), the traffic unit was given the thumbs-up for three other critical intersections across the city.

Getting their hands on a large quantity of cones would become their biggest challenge, but Traffic Engineering secured enough for these main thoroughfares from their contractor. Planning to scale up this solution in the future, Lippert has already reached out to Cape Fear Community College to enlist the Basic Law Enforcement Training program’s 1,000 cones.

Lippert was confident his idea would facilitate safer traffic flow while making more efficient use of manpower, but its success exceeded even his expectations. Other than a driver hitting one of the signs, causing it to fall on the car, no crashes or property damage occurred at any of the intersections while the roundabouts were in place.

And as with so much these days, news traveled quickly after locals posted videos to social media. Officials from DOT in Raleigh came to inspect the roundabouts and record video. Highway Patrol even asked for help constructing a roundabout outside city limits. And discussion about Lippert’s idea didn’t subside with the rain.

Recently, traffic unit supervisors across North Carolina attended a presentation by Lippert to plan for the implementation of roundabouts when they experience a long-term power outage—be it from a natural disaster or construction work temporarily knocking out traffic signals. The concept can be applied in all circumstances, to all multi-lane intersections, provided enough room exists to position a police car in the center circle and allow vehicles of all types to navigate through.

“It’s funny, people are always telling me I’m the guy who thinks out of the box—I don’t hesitate for a second bringing up an idea,” he says.

Lippert admits initially, he wanted to avoid being out in the rain for 12 hours. But his motivation runs far deeper. Lippert routinely checks the Officer Down Memorial Page website and is affected by the number of officers killed nationwide each year directing traffic. Transforming unmarked four-way stops into roundabouts shields both officers and the public from the very real possibility of a driver recklessly blowing through the intersection.

Lippert explains, “My ultimate goal is to protect lives, and I think this simple idea accomplished this mission.” 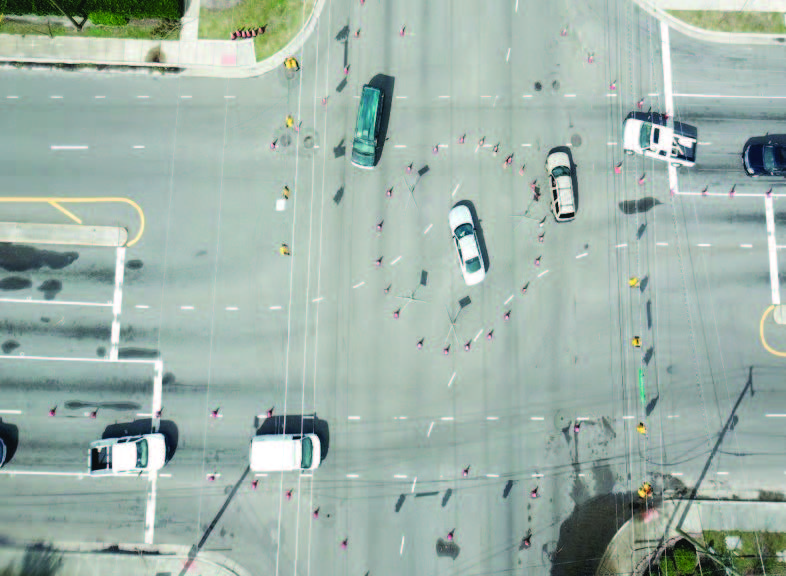 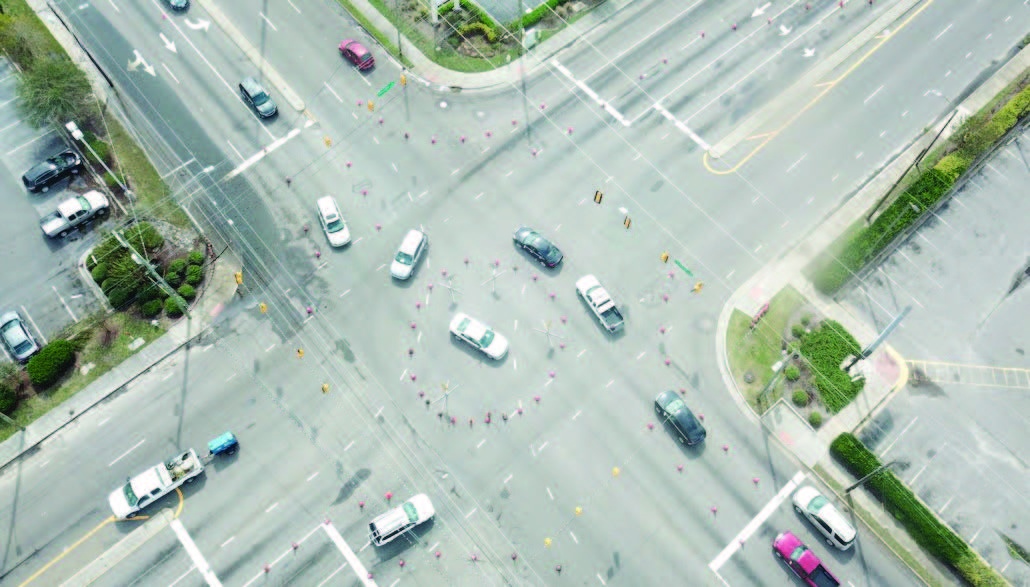