43 Days and Counting:
Expedited Rebuild of a Century-Old Bridge

Every year, more than 2 million hikers, climbers, nature enthusiasts, photographers, and adventurers travel to Glacier National Park in Montana from the far reaches of the globe. Known as "the Switzerland of North America," Glacier spans over a million majestic acres of the northern Rocky Mountains. In addition to its bounty of natural wonders, Glacier's hotels are recognized as National Historic Landmarks, and each one welcomes thousands of visitors during their open season. Among these, Many Glacier Hotel stands as a magnificent reminder of times gone by.

To access the Many Glacier Hotels, one must cross the Swiftcurrent Bridge. While this single point of entry adds fuel to the lodge's exclusive charm, it also provides its share of challenges. A problem with the bridge could devastate one of America's great lodgings. 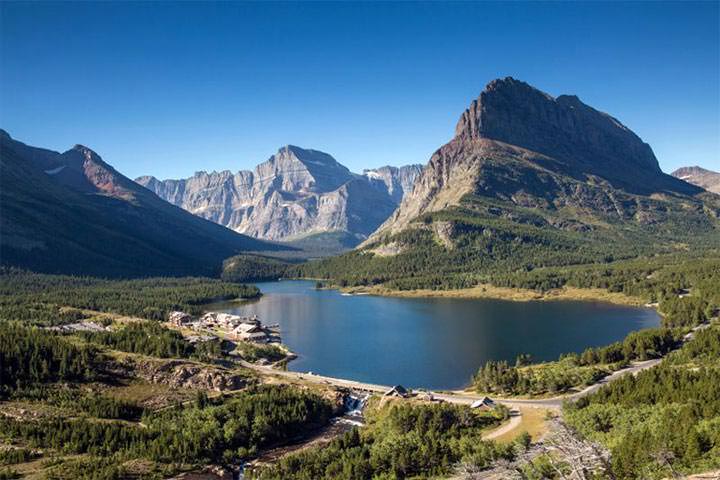 Since 1929, the Swiftcurrent Bridge has provided pedestrians, horses, and motorized vehicles with access to the Many Glacier Hotel. Just two lanes wide, lined with narrow sidewalks and a waist-high white iron fence, the historic bridge seemed a fitting addition to the National Register of Historic Places-until a bridge inspection deemed it in need of serious repair.

While nearly a century of use had caused its share of wear and tear, the bridge presented engineers with an array of pressing issues. The deck, sidewalk and abutments were severely damaged, the internal four stone piers had limited capacity for handling today's higher flood levels and each season ice from Swiftcurrent Lake would build up against the piers causing additional stress. 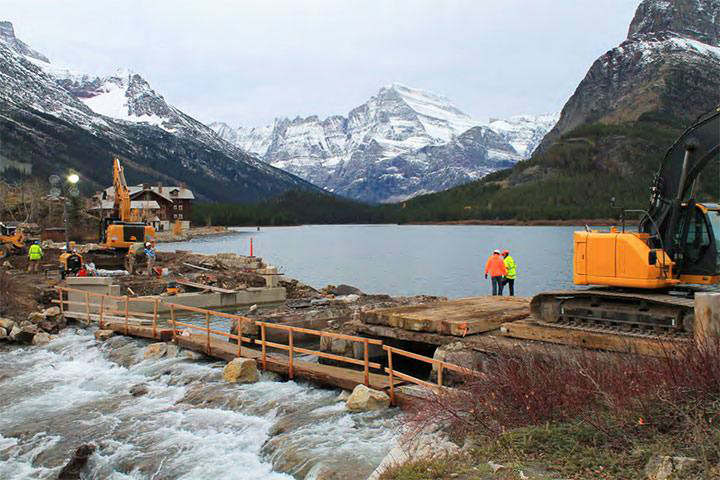 Rebuilding in a Challenging Landscape

The National Park Service coordinated with the Federal Highway Administration, Office of Federal Lands to provide immediate repair of the Swiftcurrent Bridge. In addition to important safety considerations, Federal Lands sought to retain the crossing's historical integrity by integrating a stone masonry veneer and recreating the historic style of the bridge's pedestrian rail.

From the outset, the project posed unique challenges. The Swiftcurrent Bridge resides deep within Glacier National Park, in the northwestern reaches of Montana. While this remote location gives visitors a welcome sense of escape to nature, it also creates major limitations in available construction materials, machinery, and staff.

Because this bridge served as the sole connection between Many Glacier Hotel and the outside world, the National Park Service aimed to schedule replacement at a time that would not impact visitors. This meant that the crossing must continue to function as a throughway during the lodge's open season, from spring to mid-September.

Additionally, Mother Nature further complicated project timelines. During the off-season, harsh weather would bring dangerously high winds and frigid temperatures to the area. So most winter months remained off-limits for on-site construction. With a start date of September 29th, this left a mere 43 days for the entire bridge project-a seemingly impossible timeline. 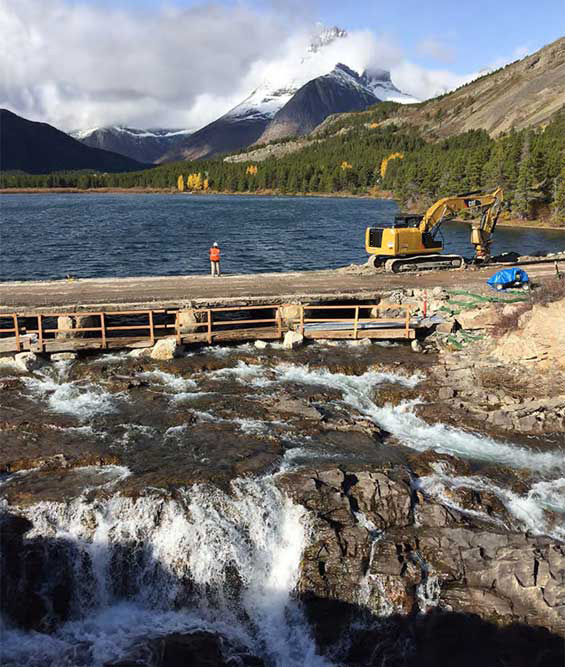 A Solution from Every Day Counts

Using prefabricated bridge elements and systems, the Contractor could build components in an off-site location, then deliver and install the bridge during final construction stages. This solution would reduce on-site construction time while allowing crews to fabricate bridge components in a controlled environment impervious to high winds and low temperatures. Considering the unique time constraints of the Swiftcurrent Bridge job, this innovative approach would provide the highest probability of success.

Minimizing weight became an important consideration in this process, since all items would eventually be transported to the bridge site. In light of this, engineers left a hollow, tube-like cylinder inside the long, concrete slabs that would eventually form the bridge's base.

To some, it may have seemed like an impossible list of obstacles: maintain the Swiftcurrent Bridge's historical integrity, strengthen its foundational structure, and finish it all within 43 short days. However, Federal Lands engineers had confidence in their plan.

The prefabricated approach required incredible accuracy and speed-two factors that tend to work against each other in practice. However, it also ensured the highest probability of success within the shortest time frame, meeting the project's primary goals.

By casting bridge elements in a controlled off-site environment, teams could take more time to ensure quality and precision. While the approach did increase bridge costs, it ultimately allowed for a higher quality structure. This will in turn mean a longer service life and reduced need for future repairs and replacements.

With careful engineering, implementation, precision and expediency, the Swiftcurrent Bridge team successfully rebuilt this historic crossing without any inconvenience to park visitors and hotel guests. Once the winter ice thawed in 2015, the Many Glacier Hotel opened as usual, and guests were able to walk, ride, or drive to its entry across the newly fortified Swiftcurrent Bridge. 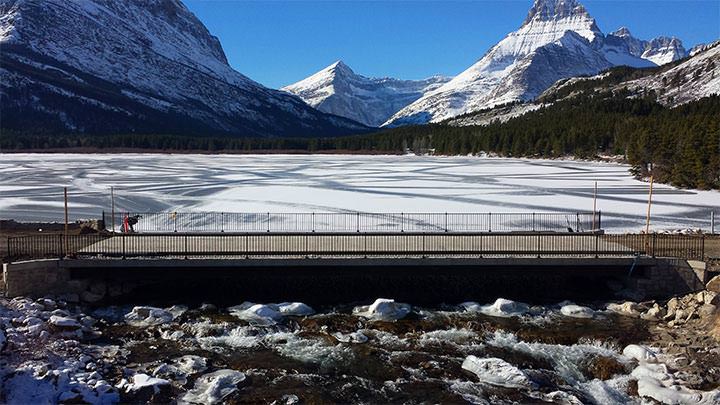 
Next Up:
Reaching New Heights in Bridge Construction →