The U.S. Department of Transportation’s Federal Highway Administration announced the recipients of $225 million in grant funding under the Competitive Highway Bridge Program (CHBP). The grants were awarded to 20 projects in 18 states to fund a variety of bridge improvements that include replacement and rehabilitation.

On September 5, 2018, the Federal Highway Administration published a notice of funding opportunity (NOFO) in the Federal Register for the Competitive Highway Bridge Program. The funds go toward highway bridge replacement or rehabilitation projects on public roads that demonstrate cost savings by bundling at least two highway bridge projects into a single contract.

The Consolidated Appropriations Act, 2018, appropriated $225 million for the Competitive Highway Bridge Program. Eligible applicants are state departments of transportations from a state that has a population density of less than 100 individuals per square-mile based on the 2010 census. The calculation of individuals per square mile is based on the land area, which is consistent with the practice of the U.S. Census Bureau. 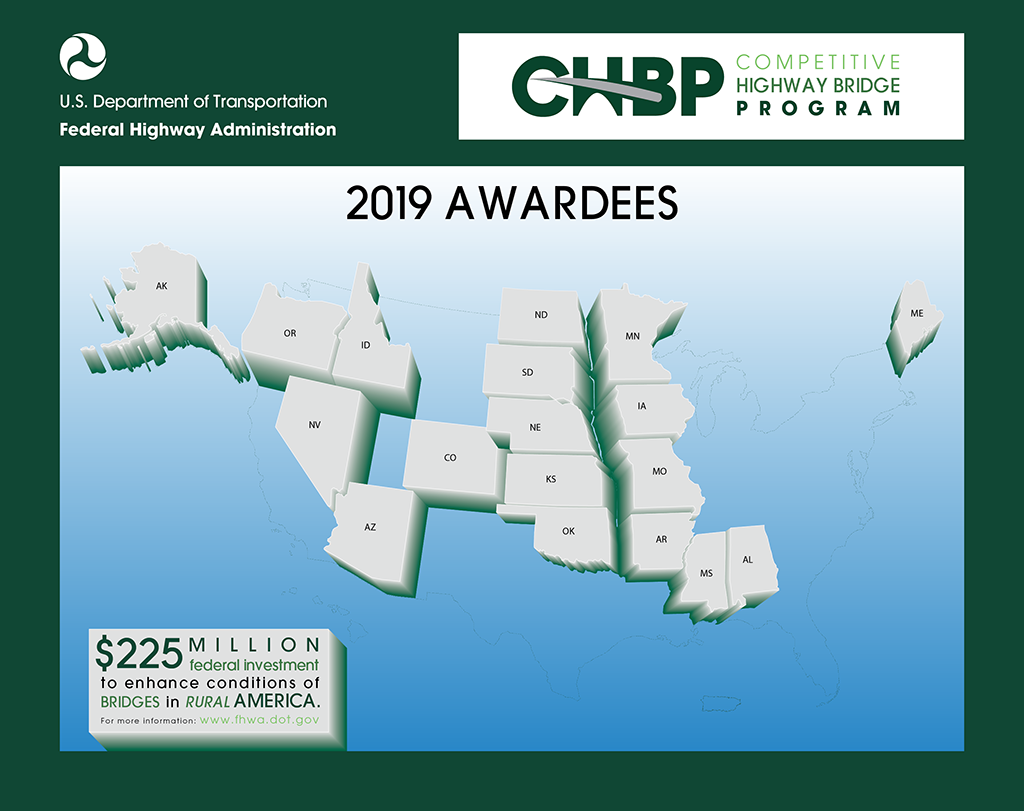