The linear nature of surface transportation systems creates a suite of concerns for transportation and natural resource management agencies as they seek to ameliorate the impacts of their projects on environmental resources, as roads divide habitats and hydrological features. To help better understand the interactions between roads and environment the discipline of road ecology has emerged in the last 10 years. Road ecology strives to understand surface transportation infrastructure and its impacts on wildlife and motorist safety, aquatic resources, habitat connectivity, and many other environmental values.

The effects of roads on wildlife populations have been the focus of many studies in the last decade and increasing concern for transportation and natural resource management agencies. Roads affect populations in numerous ways, from habitat loss and fragmentation, to barriers to animal movement, and wildlife mortality. The impact of roads on wildlife populations is a significant and growing problem worldwide. In rural and suburban areas of North America, accidents with wildlife are quickly becoming a major safety concern for motorists as shown in Figure 1.

In parts of North America today, roads are a serious obstacle to maintaining population connectivity and a threat to the long-term survival of some regionally important wildlife populations. Wildlife crossing structures are intended to increase permeability and habitat connectivity across roads and reduce wildlife - vehicle collisions. These are above-grade (wildlife overpasses) or below-grade (wildlife underpasses) structures designed to facilitate movement of animals and connections among populations. Like landscape corridors, the conservation value of wildlife crossing structures are gaining attention as applied measures to help adapt changes in species ranges and animal distributions to climate change. The effect of roads on wildlife and biodiversity in general are a primary reason why the public raises questions about the environmental impacts of roads and vehicles. Calls for implementation of solutions are increasingly heard from environmental scientists, the transportation community, and decision makers.

Over the last decade, federal, state and provincial land management and transportation agencies have become increasingly aware of the effects that roads have on wildlife. Significant advances in our understanding of these impacts have been made; however, the means to adequately mitigate these impacts have been slower in coming. There are examples where wildlife crossing structures and fencing significantly reduce the impacts of roads on wildlife populations and have increased motorist safety. Anticipated population growth and ongoing highway investments in many regions as shown in Figure 2, coupled with the resounding concern for maintaining large- scale landscape connectivity for wildlife populations has generated increasing interest in crossing structures as management tools. Yet currently there is limited knowledge and technical guidance on how best design wildlife crossing systems for the range of wildlife found throughout North America. 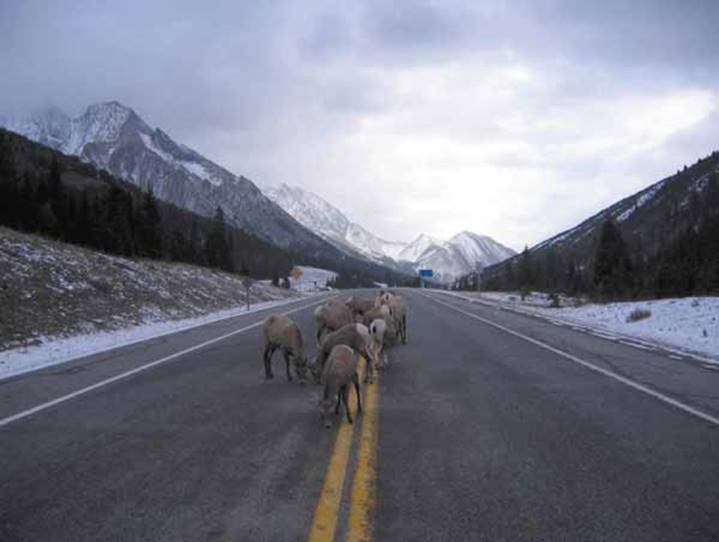 There is currently an urgent need to provide transportation and other stakeholder agencies with technical guidance and best management practices on the planning and design of wildlife crossing mitigation measures. Research in this area has increased over the years but has not resulted in sufficient rigorously tested practices useful to transportation agencies. As a result, many transportation agencies continue to build costly structures for wildlife connectivity with little evidence-based guidance. Technical guidelines and best management practices have not been articulated and are still much in need for many North American wildlife species and their habitats.

The siting of wildlife crossing structures is equally as important as their design. Identifying the proper location of crossing structures is critical for designing effective mitigation of the barrier effect caused by roads. The number of methods used to determine these key locations on roads has increased in recent years. However, few attempts have been made to critically review the techniques that are currently available to transportation agencies. 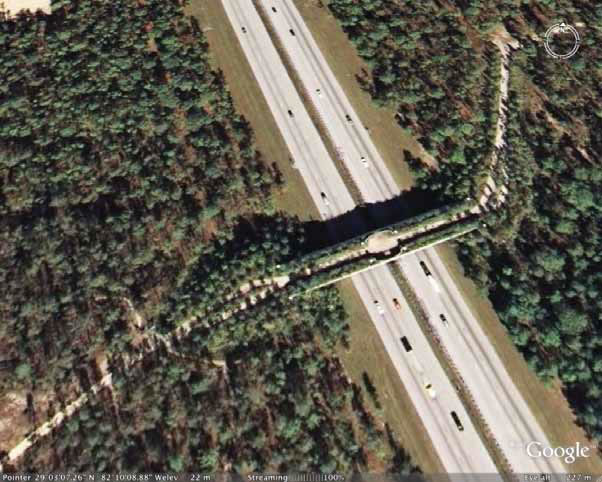 Performance evaluations are not a regular part of transportation projects with wildlife crossing structures. Most monitoring efforts have been largely short-term or sporadic. Monitoring typically is aimed at single species; consequently, such programs may not recognize the requirements of other non-target species and populations in the area. Further, monitoring is rarely conducted long enough to meet the adaptation periods (or learning curves) wildlife need to begin using crossings on a regular basis. Guidance is still needed on the increasing number of techniques available for monitoring wildlife crossings, designing sound monitoring programs, and evaluating performance for adaptively managing future transportation projects.

2007 - Society for Conservation Biology (SCB) has session at the ICOET meeting in Little Rock, Arkansas

This handbook provides technical guidelines for the planning, design and evaluation of wildlife crossing structures and their associated measures (fencing, gates) that facilitate the safe movement of wildlife across roads and increase motorist safety. It has been prepared for transportation, natural resource and land management agencies responsible for planning, designing and implementing measures for mitigating the impacts of roads on wildlife populations. Stakeholder and other groups involved in mitigation planning will also find this handbook useful in their discussions with agencies.

This handbook describes how to increase the effectiveness of established designs and recommends ways to design for particular species and species groups in different landscapes. The guidelines can be used for wildlife crossings on new or existing highways, highway expansions (e.g., two-lane to four-lane) and bridge reconstruction projects. The response of particular wildlife species to these measures may vary across North America. Therefore, the design guidelines are intended to be generalized and a starting point for the future development of more regionalized, landscape-specific guidelines based on an adaptive management process.

This handbook is the product of an extensive collection and synthesis of current literature, knowledge, and science-based data with regard to the current practices in wildlife crossing mitigation. This handbook provides a sound scientific basis for effective planning, policy and implementation of mitigation aimed at reducing habitat fragmentation and mortality effects of roads on wildlife populations. Recommended designs once implemented and their performance evaluated through monitoring will serve to advance our understanding of the utility of different wildlife crossing designs across North America.

This handbook is organized to provide assistance to transportation and natural resource management practitioners charged with the planning, design and performance evaluations wildlife crossing mitigation. This handbook was designed so that chapters could be consulted independently, depending on the information or technical guidance needs, or all chapters in a practical sequence of project development.

Chapter 2 - Intersections provides background information on the ecological function of roads and examines the main impacts roads have on wildlife populations. These primary functions are important for understanding the landscape and biological context of mitigating road effects on wildlife.

Chapter 3 - Planning and Placement describes in a stepwise approach the different methods to plan the location of highway mitigation for wildlife movement with wildlife crossings at different spatial scales (project-level or systems/landscape-level) of resolution. Planning resources used to help identify appropriate locations for wildlife crossings are listed and describe how they can be used at the two different scales of application.

Chapter 5 - Monitoring outlines the basics of monitoring wildlife crossing structures, including a stepwise approach to testing whether management objectives have been met, how to determine performance targets, what monitoring methods are available, and how to design rigorous studies evaluating performance of built mitigation. The chapter concludes discussing the benefits of monitoring for adaptive management and their direct application to future transportation planning.

Suggested Reading - Rather than provide footnotes or literature citations throughout the document, key literature is cited at the end of each chapter for further reading.

Appendix A consists of a glossary of commonly used terms throughout this handbook.

Appendix B lists all the common and scientific names of wildlife covered in this handbook.