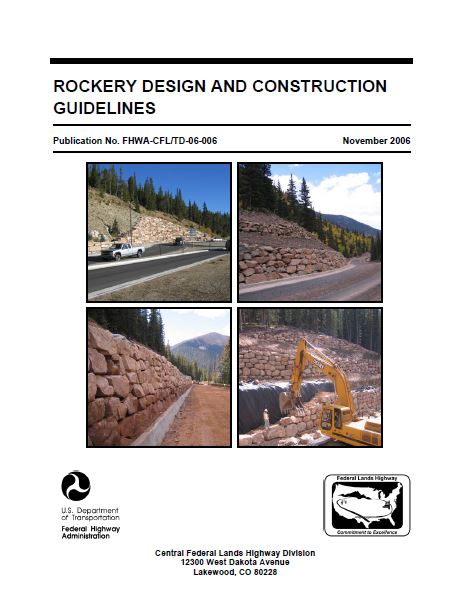 This document is disseminated under the sponsorship of the U.S. Department of Transportation in the interest of information exchange. The U.S. Government assumes no liability for the use of the information contained in this document. This report does not constitute a standard, specification, or regulation.

The U.S. Government does not endorse products or manufacturers. Trademarks or manufacturers' names appear in this report only because they are considered essential to the objective of the document.

The Federal Highway Administration (FHWA) provides high-quality information to serve Government, industry, and the public in a manner that promotes public understanding. Standards and policies are used to ensure and maximize the quality, objectivity, utility, and integrity of its information. FHWA periodically reviews quality issues and adjusts its programs and processes to ensure continuous quality improvement.

*SI is the symbol for the International System of Units. Appropriate rounding should be made to comply with Section 4 of ASTM E380. (Revised March 2003)

c, c' - Total and effective soil cohesion values, respectively, in kPa. Although effective stresses are most typically used, the term "c" is commonly used throughout this report.

ca. - Latin, circa, meaning "about" for dates that are approximately known

e - Moment eccentricity relative to center of base rock, m

es - Moment eccentricity relative to center of base rock due to seismic forces, m

Fp - Passive resisting force on toe of rockery, kN (per meter of rockery)

Fs - Horizontal resultant force due to application of vertical surcharge load, kN (per meter of rockery)

Fμ - Static resisting friction force of bottom of base rock, kN (per meter of rockery)

Fμ,S - Static and seismic resisting friction force of bottom of base rock, kN (per meter of rockery)

FSBC - Factor of safety with respect to bearing capacity

FSOT - Factor of safety with respect to external overturning

FSOT_INT - Factor of safety with respect to internal (inter-rock) overturning

FSSL - Factor of safety with respect to base sliding

i - Slope inclination, measured up from horizontal, per A. J. Hendron, Jr., methodology

Mo,s - External overturning moment due to static and seismic loads, kN - μ (per meter of rockery)

qmax - Maximum applied bearing pressure at toe of base rock due to moment eccentricity, kPa

qmax,s - Maximum applied bearing pressure at toe of base rock due to moment eccentricity under seismic loading, kPa

qs - Vertical surcharge pressure acting on the ground surface behind the rockery, kPa

UV - Ultraviolet light, such as sunlight

WCR - Well-constructed rockery as defined by A. J. Hendron, Jr.

xi - Moment arm from toe of rockery to centroid of mass for rockery component, m

z - Point of application of FAE, measured vertically from base of rockery, m

Δ - Tolerable rockery displacement for Richards and Elms analysis, in

α - Angle, measured up from the horizontal, to the back cut or rear face of rockery, degrees. Positive angle is defined as face of back cut sloping up and away from the base of the rockery, starting from the bottom of the cut.

β - Retained ground surface inclination ("backslope"), degrees. Positive angle if slope increases in height with increasing distance from the back of the rockery.

φ, φ' - Total and effective soil friction angle / angle of internal friction, respectively. Although effective stresses are most typically used, the term "f" is commonly used throughout this report.